About Last Neko 2: devlogging the manga way is fun! 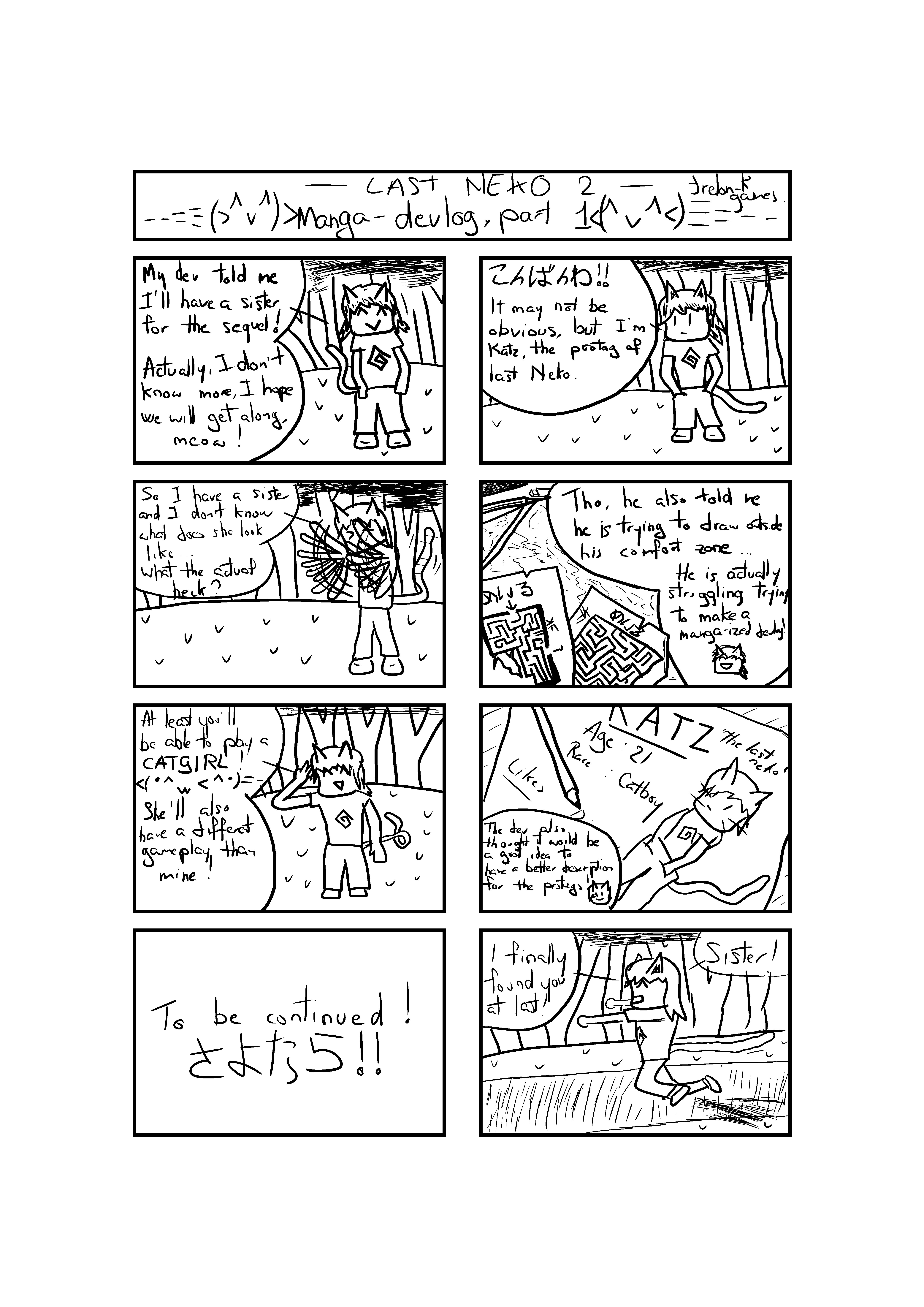 Are devlogs more interesting if one write them the manga way? XD

Okay, here are the first pictures about the sequel! 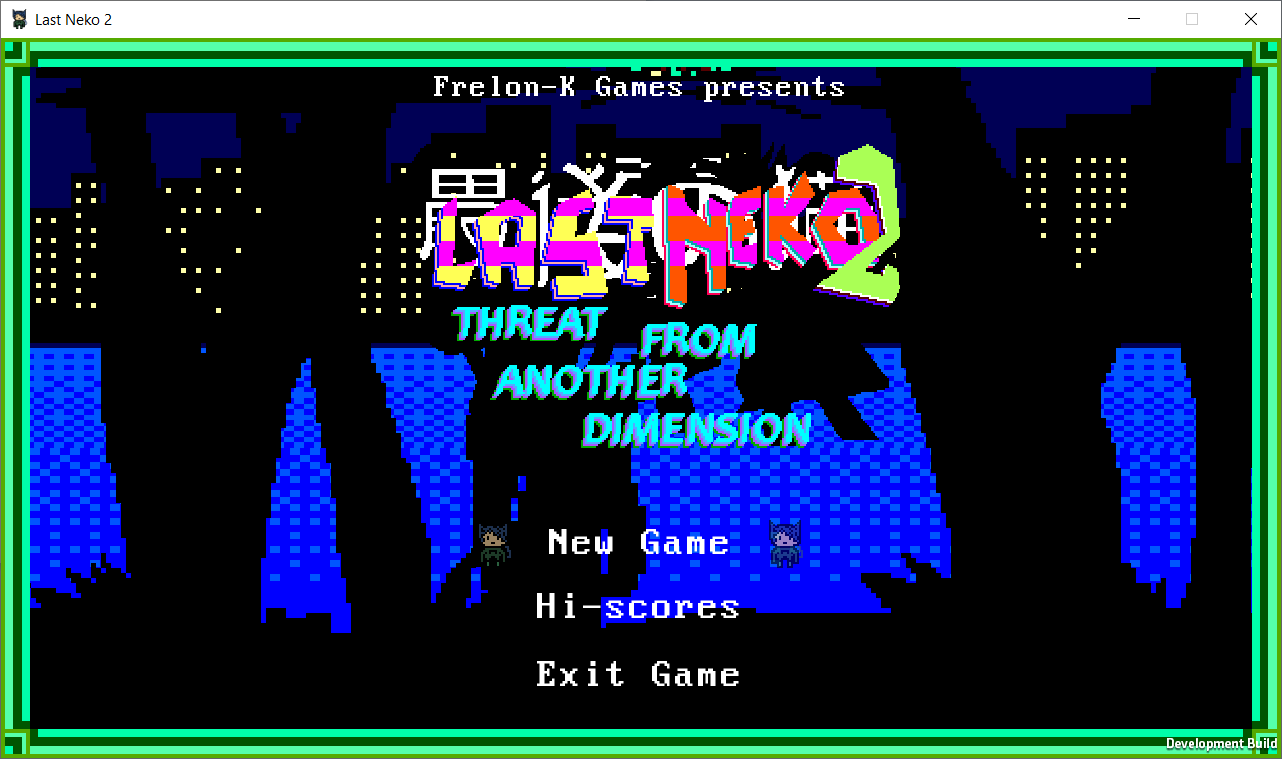 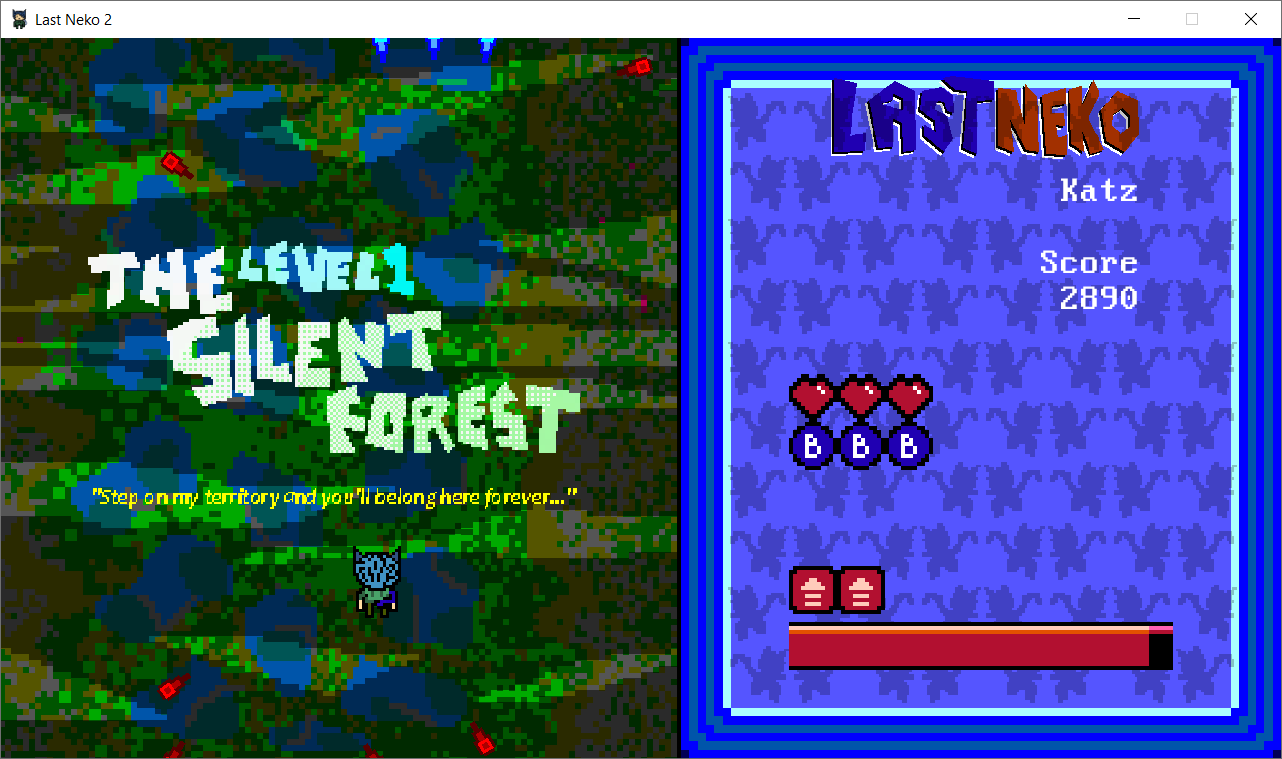 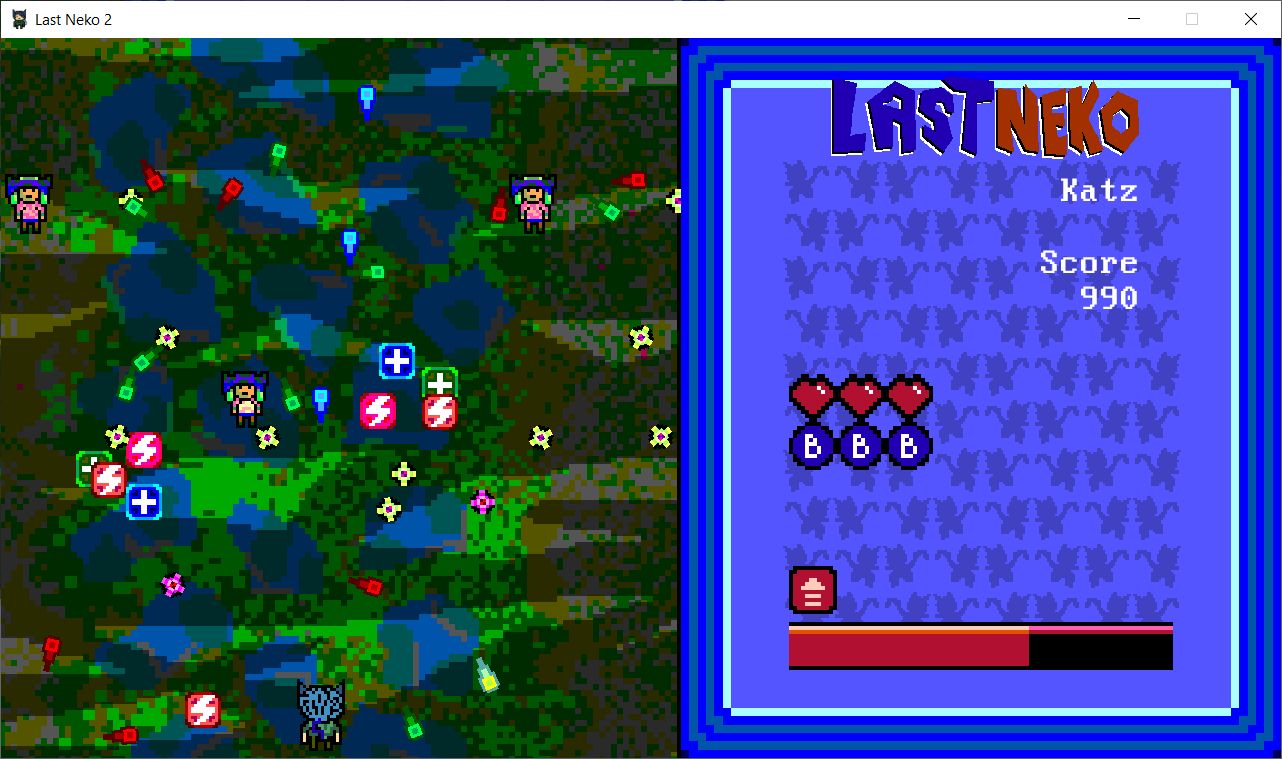 Complete devlog until the release !

+ Fixed the blur with level presentations.
+ Upgraded the fader between levels.
+ Made a new banner for the UI in game.
+ Slightly modified the GUI.
+ Made the title logo for the title screen!
+ Title screen : The neko now breathes (added a small script).
+ Visually upgraded bullets, now they rotate on themselves!
+ Made variants for sakura bullets (and the enemies who spit those).
+ Remade some SFX : player death, shoot a bullet (x5) and implemented them.
+ Implemented a mechanic for spawn the level name and description!
+ Started to remake the title screen (with brand new assets).
+ Cleaned up some part of the code for performance.
+ Started a new mechanic : implementing some variants for enemies.
+ Implemented some variants for some bullets.
+ New sprites for drops.
+ Added some variants for score drops and power drops.
+ Remade some bullets : bomb bullets, lasers.
+ New SFX when a laser spawns.
+ New sprites for an enemy.
+ Started to make a background for the hi-scores.
+ Remade the background for the UI.
+ Switched the resolution : 16/9, revamped the UI and the playground.
+ New background for level 1!
+ Switching color palette to the Master System one.
+ Made a new track : "La forêt du silence", for level 1.
+ Added a new type of enemy.
+ Added a new type of bullet.