First things first : updating Last Neko 1 would be a violation of the rules of the game jam, so i'll just let it be. Just let me say: it will look a bit desuet comapred to Last neko 2. I am actually learning, improving, coding, nailing, trigonometring, swallowing coffee and stuff!

So, as said in a previous devlog, Last neko 2 will be in 16:9 ratio. We never know if the game will be released on Steam, Nintendo Switch or whatever. Just changing this ratio forced me to revamp the whole stuff. But this is for the good. A larger ratio means a larger area of action, so more freedom for the level design and the player. I mean, the ratio of Last Neko 1 made the game look like the player were evolving into a corridor.

By the way, the game will be fullscreen and this has been implemented! This is important for this kind of games.

I am also taking some freedoms about the game design and the restrictions. First, exit the Famicom limitations. I am working with the palette of the Sega Master System, but not with the same low resolution. And I am adding the alpha color. Therefore, the game will look more like a 16bits, or a 32bits game rather than a 8bit game. That's the reason why I decided Last neko 2 will have no "chiptune". The video just above will allow you to listen to the track of the level 1. 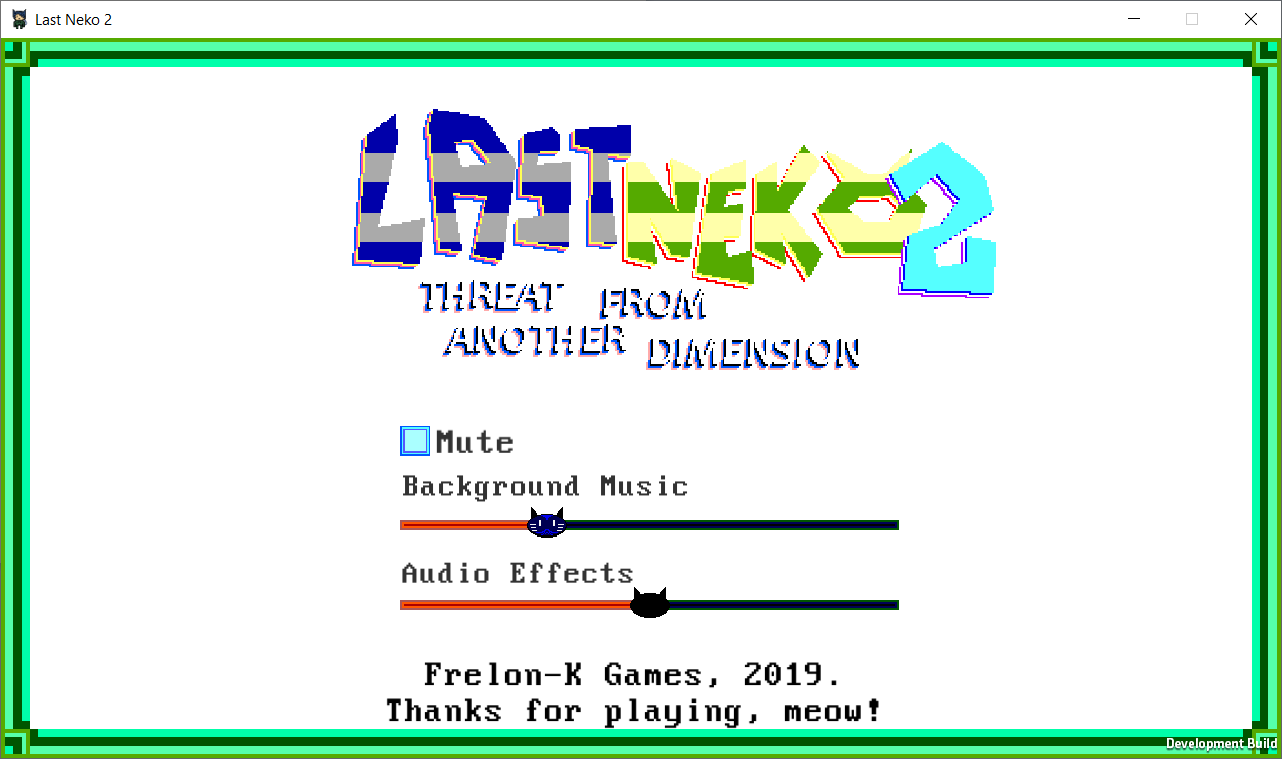 Oh, and if you were about to write "No mute button 1/5", here you go. This is still a WIP, I still need to indicate the "Press Spacebar or X (controller) to launch the game", but at least what should work works perfectly! But honestly, I wonder why should I put a mute button for a game that need a perfect focus... Nevermind. You can set up the audio parameters, at least, and I think this is more useful!

I don't communicate a release date yet for Last Neko 2. A lot of stuff has to been made, and this time, with to time constraints.

Once I'll get some stuff ready, I'll create an itch page for the project.