NekoPunk: Demo done! So, what's next? 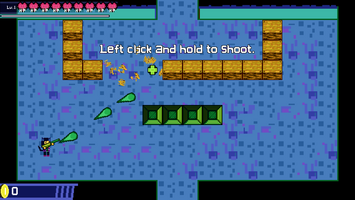 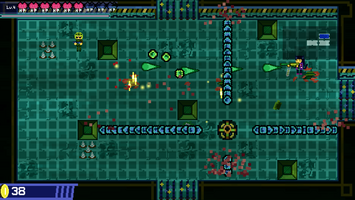 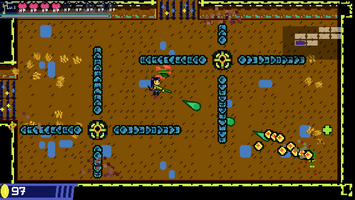 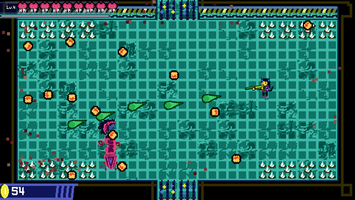 It's time for the first long-form discussion about NekoPunk! It was kinda mandatory, since the demo is now available.

A video that tells everything (in French)

And now, the same in English!

Oh, hey. I'm Franck Poulhon, I'm the solodev and the future founder of Frelon-K Games. I work all alone on NekoPunk since a whole year. After a whole damn year, the development of the demo is now ended and I can focus on the whome damn game! Yippee! I'm almost 32. Developing video games was a child dream to me. A child dream that is about to become real. As a kid, my mother worked for Sega. As a consequence, I had a lot of free games. Even with a child spirit, I was wondering why Sonic was jumping when I was pressing the C button. And that's how I took some development lessons, with the C language at first.

At first, it was for a tutorial held on Udemy. I wanted to make an unconventional game into an atypic universe. As time passed, I found my own style and step aside the tutorial to make my very own game. Even the soundtrack is hald-made with love, with FL Studio. You know what is wonderful with video games? The opportunity to pack all your skills together into one discipline. Development, design, music... It was made for me. 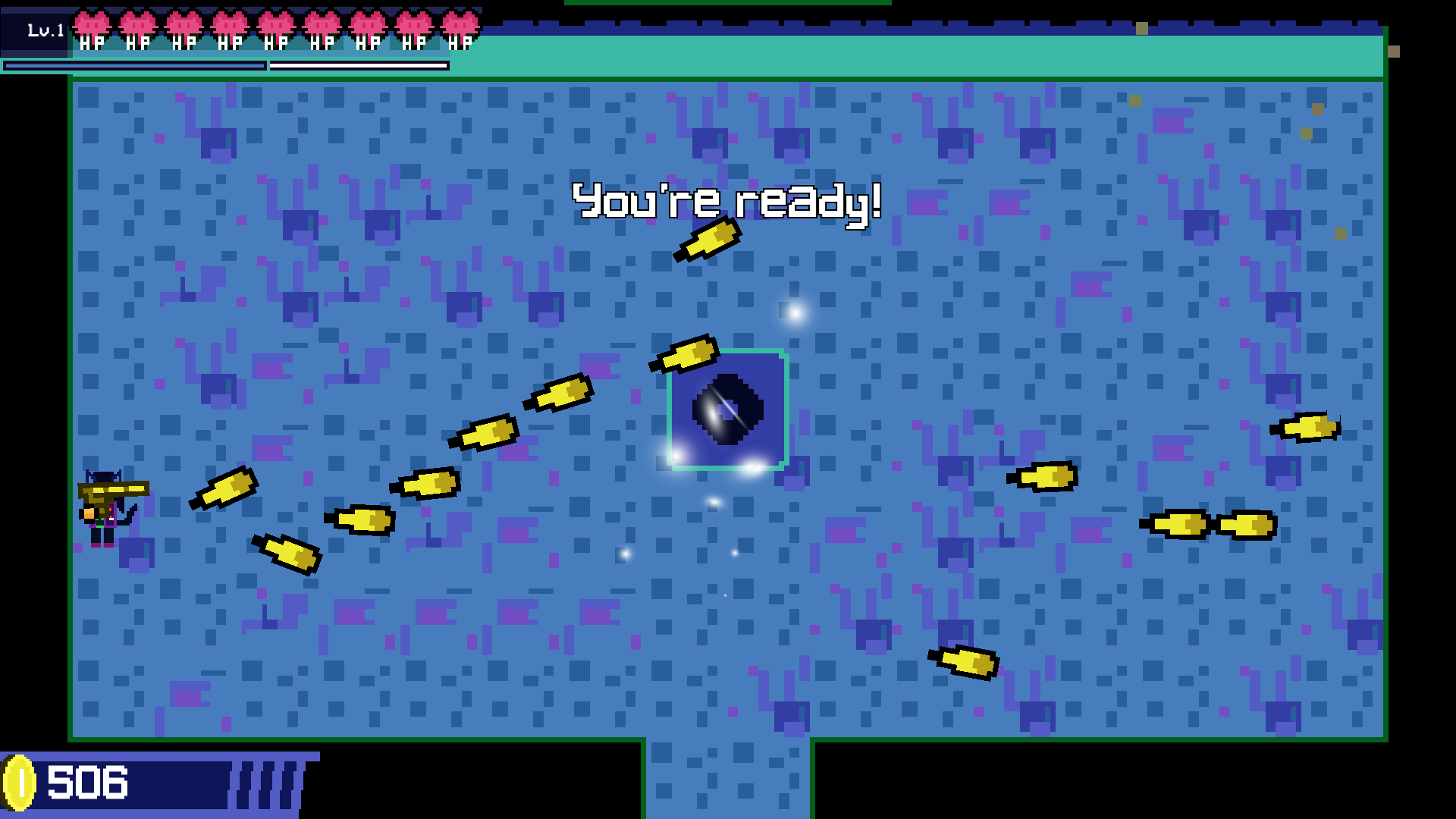 Let's be honest. My first game was called "No Happiness World" and it was awful. Even with the Kongregate standards. I made this game with JavaScript with the framework Phaser. It was a short and low-quality Metroidvania with a poor soundtrack and all. Then, during 2018, I made Neko Ex Machina, available on Itch and GameJolt. It was a better experience, but I can't look at this game anymore today. I know I have a low self-esteem, but seriously, I have to admit a made a lot of progress since then.

Neko Ex Machina 2, NekoWrath, Last Neko 2... A lot of cats and a lot of projects... As a developer, the most difficult part of the job is to focus on one project and not get distracted by "the awesome idea of the year". I started a lot of stuff but never finished anything. I decided to focus on NekoPunk. Fun fact, it was a book in the first place. I wrote 10 chapters about a NekoPunk, strongly inspired by a book of Karim Berrouka. 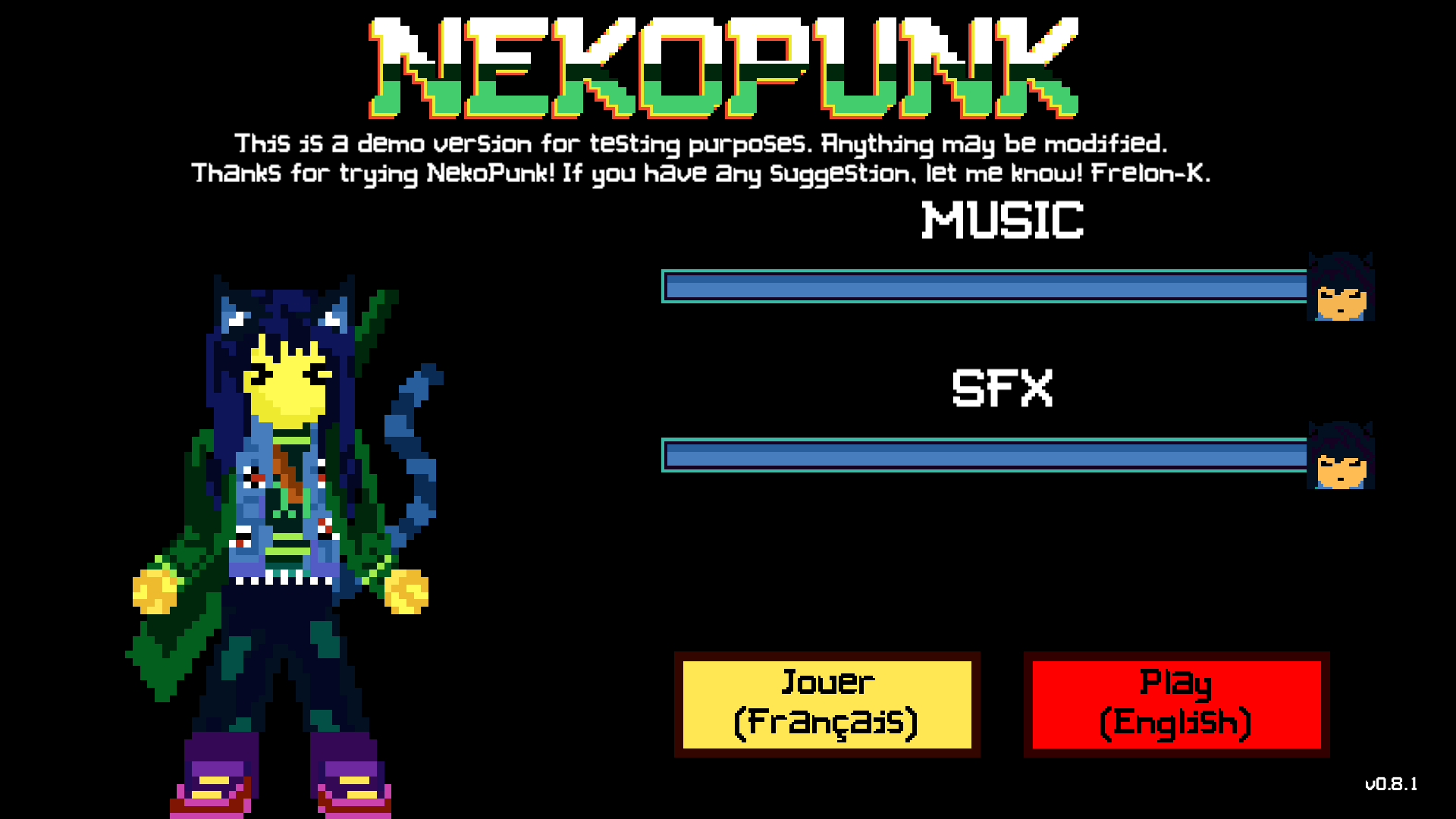 Now, the boring stuff to do.

You know, that kind of ugly stuff like that: 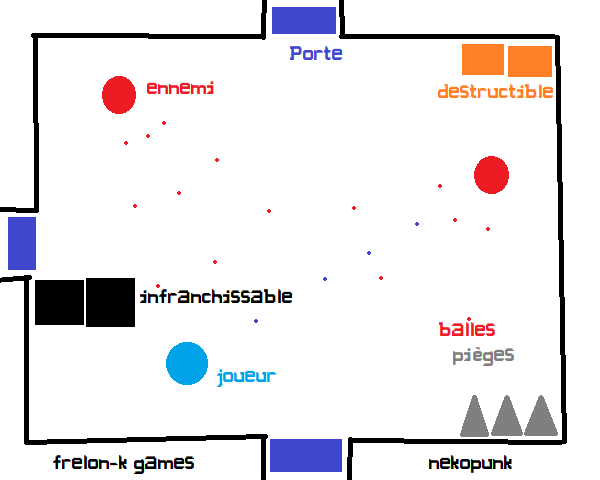 This is a mock-up. That's beautiful, eh. 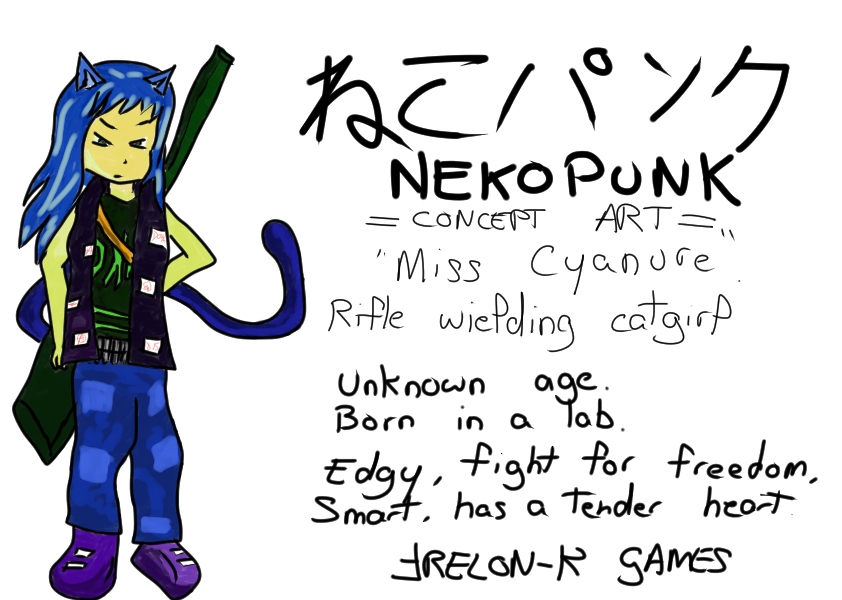 And that's a concept art of the protag. With my awesome drawing skills. The kana says "Nekopanku", I think you'll understand. Yep, I am strongly inspired by the Japanese video game culture and I am even learning the Japanese language. That's why I would like to live in... 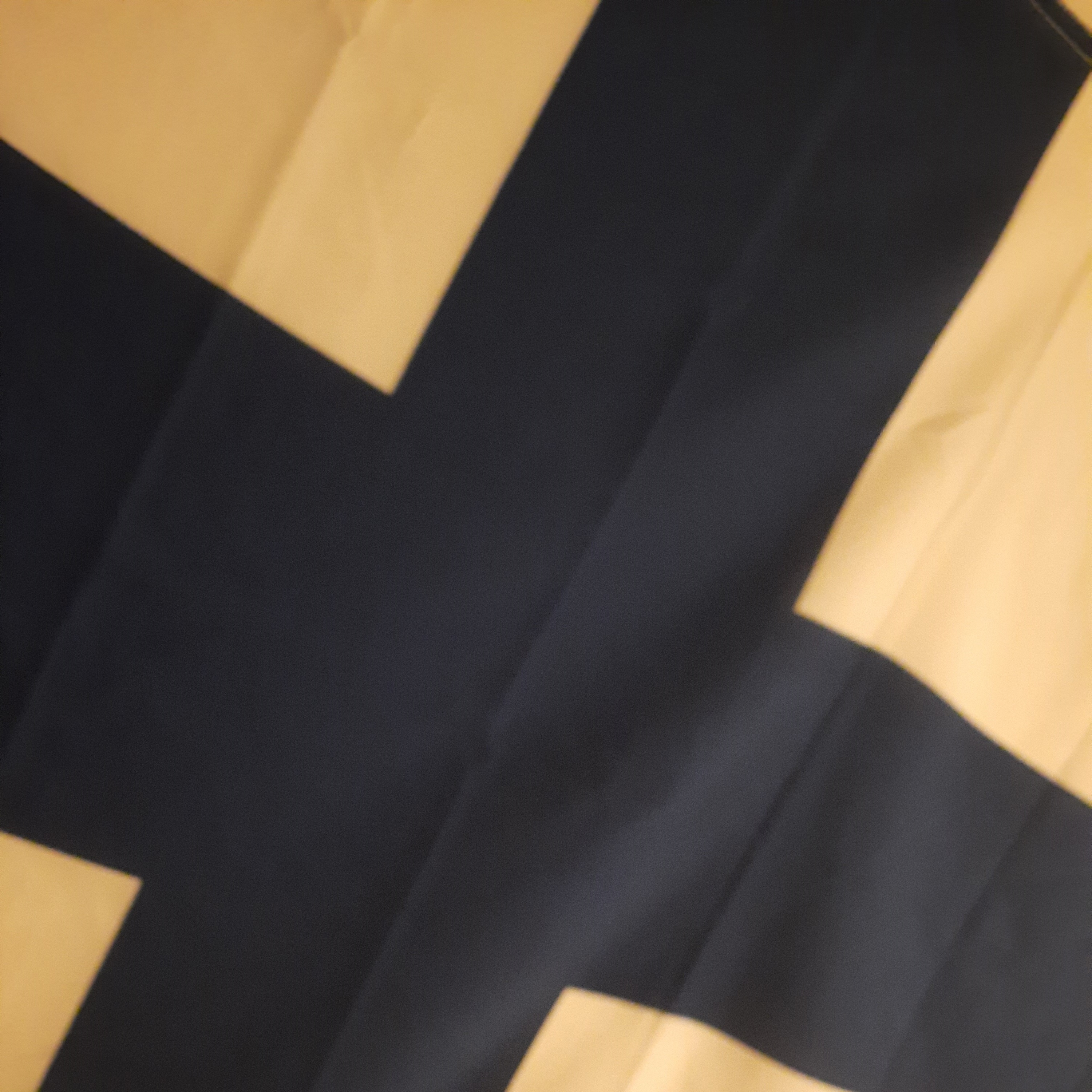 Finland lol. Don't ask. I love Finland. About Frelon-K Games. I made a web-developer course and I have an "alternance" until December 2021. My main goal is to expat, me and my company, into Finland during January 2022. Tha, a brand new adventure will be able to begin!

I hope you'll enjoy my game!